Fudge-like, irresistible brownies, marbled with a creamy, luscious cheesecake. One bite and you’re in heaven.

I am in love. With a brownie. Does it make any sense?

This week I had a craving for cheesecake. I went to the grocery store to buy ingredients, but it turns out I forgot one – the cheese. You can already imagine where we might have a small problem.
Unfortunately, I didn’t realize that I forgot the most important ingredient until the following day when I was ready to start baking. Yes – I could have easily solved the issue by just going to the grocery store, which is two minutes walk from where I live to buy some cream cheese, but to me that wasn’t really an option. I just wanted to stay in my pajamas.
I love pajamas.

Luckily, I found a container of cream cheese hiding in the fridge (which I really don’t remember buying), so it wasn’t a total loss.
With only a small 8 ounce container of cream cheese, I couldn’t make a whole cake.  All I could think of was to make cheesecake batter and use it as a thin layer, in a two-layer dessert.  For the other layer, I decided to go with brownies.
Shocking, I know.

How do I begin to describe how good these cheesecake brownies are? I used a variation of my Fudgy Brownies Recipe as the base. The brownies are dense and very chocolaty – almost like fudge. On top, I added the creamy cheesecake batter and swirled the two together to get a beautiful marble effect, similar to my Orange Chocolate Marble Cake.

Both mixtures (brownies and cheesecake) are very easy to make. Just one bowl for the brownies and one (mixer) bowl for the cheesecake. If you don’t have a mixer, whisk the ingredients by hand.
To read more about how to make the brownies, check out my Brownies Post.
The cheesecake is a simple, basic recipe. The only thing I added was heavy cream. I love the taste and the creamy texture it adds, but you can leave it out if you prefer (without changing anything else in the recipe). For cheesecakes, always use room temperature ingredients (cheese, eggs) for the best results.

Start by making the batter for the brownies. Set aside 1/2 cup of the batter to be used at the end for the swirled top. Pour the rest into a pan and spread it out evenly. Smooth the top. Next, make the cheesecake batter and pour it over the brownies mixture. Spoon dollops of the reserved brownies batter on top of the cheesecake batter. Lastly, swirl the layers gently together (swirl just the cheese and brownie layers on top, without touching the lower brownie layer) with a knife or a skewer. Avoid swirling to a point where the two layers turn into one.

See how pretty they are?

I took these to a family event, but I did save one for myself for later. I mean for now.

I could eat this every day for the rest of my life. 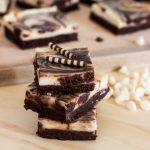 -Store brownies in the fridge, in an airtight container for up to 5 days.
-Brownies can be frozen for up to 2 months. Thaw them on the counter, still covered, or overnight in the fridge. 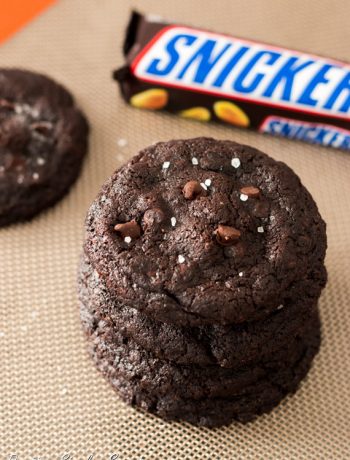 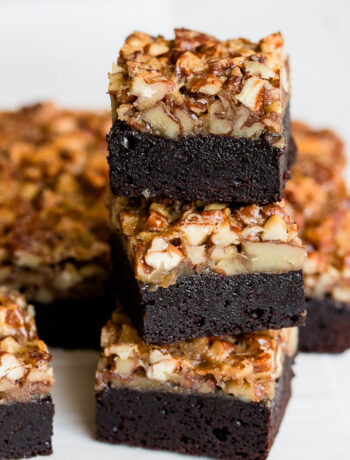 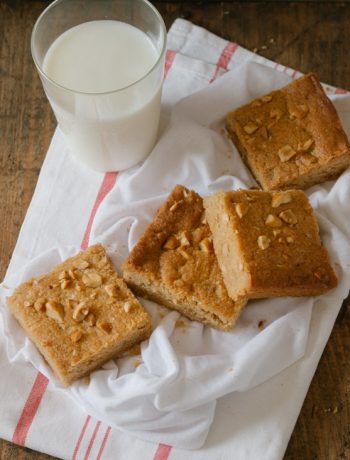