Moist and fluffy muffins filled with Nutella and topped with a cinnamon-sugar mixture.

I think the title pretty much says it all. These are ridiculously good cinnamon muffins filled with gooey Nutella and coated with a cinnamon-sugar mixture much like donuts. I’ve made these muffins more times than I can remember, and they’re something that both adults and children go crazy for.

The inspiration for this recipe comes from Sally of Sally’s baking addiction, but (since I have made it about a thousand times) I did make some adaptions. I use all-purpose flour instead of whole wheat flour because I prefer the lighter texture. Instead of making standard-size muffins, I bake them in a mini muffin pan to create perfect bite-size treats. I’ve also played a bit with the baking temperature so you should end up with muffins that rise nicely and have rounded domes for dipping into lots of butter and sugar and cinnamon.

Filling the muffin tin easily
The easiest way for me to fill the muffin cups is by using two pastry bags: one filled with batter, and the other with Nutella. Pipe some of the batter into the muffin cups, a dollop of Nutella in the center, and the rest of the batter on top. You can, of course, spoon in the batter and Nutella instead of using pastry bags, but it will take a bit more time and get a bit messier. The cupcake cups should be about ¾ full. I get exactly 24 mini muffins every single time. 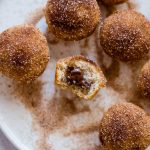 Nutella-Stuffed Cinnamon Sugar Muffins
YIELD: 24 mini muffins
Moist and fluffy muffins filled with Nutella and topped with a cinnamon-sugar mixture.
Print
Ingredients
For the muffins:
For the cinnamon-sugar topping:
Instructions 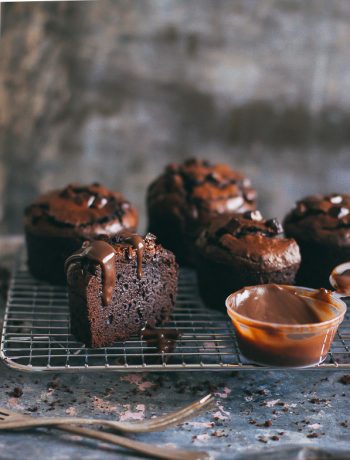 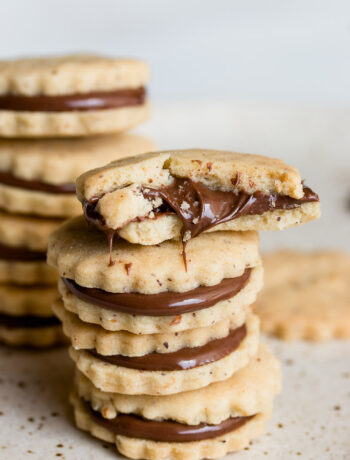 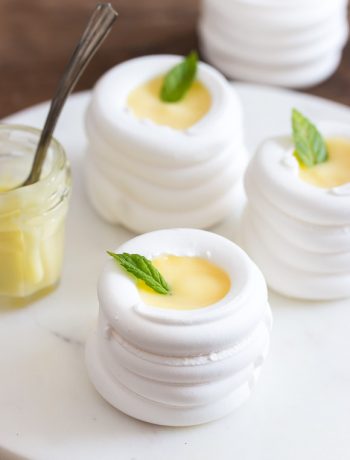 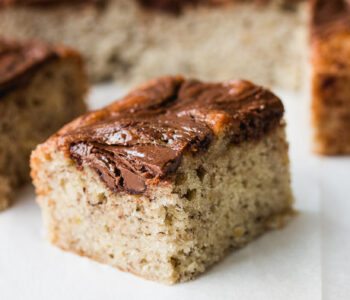 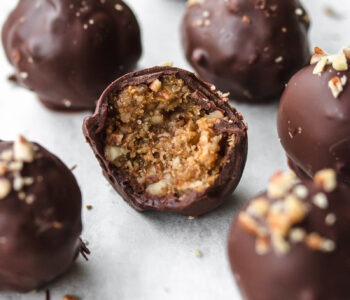