A trio of flavors combine in this stunning chocolate, dulce de leche and vanilla marble cake. Each slice reveals a swirled pattern of all these delicious flavors.

It’s rare that I find a recipe that’s perfect without any changes, but this marble cake impressed me after just the first bite, so much so that I had to share it with you right away. The cake is a special version of my chocolate vanilla marble cake, adding a swirl of dulce de leche to make it a triple threat of flavor.

The recipe comes from David Lebovitz, who adapted it from the original recipe featured in Bake from Scratch. I tested the recipe multiple times before sharing with you, each time being impressed by how such a simple cake could stun me. You can really taste each flavor — chocolate, dulce de leche, vanilla — in this triple marble cake. It’s the perfect cake to pair with a cup of coffee or to share with friends for a casual gathering or picnic.

Where to find dulce de leche?

Dulce de leche is a South American confection made of sweet milk that gets cooked down until it resembles a caramel sauce. It’s sweet and rich, which means it adds both sweetness and tenderness to the cake.

You can purchase cans of dulce de leche in supermarkets or on Amazon, but if you aren’t able to find it you can also make it at home with a can of sweetened condensed milk. David Lebovitz has an easy recipe on his blog where you bake a can of sweetened condensed milk for an hour to turn it into caramelized dulce de leche. You can make this ahead of time, storing it in the fridge until you’re ready to bake the marble cake.

Preheat your oven to 300ºF/150ºC and grease a loaf pan with butter or cooking spray. Both size loaf pans (8.5-inch or 9-inch) work for this marble cake recipe. I like to line the pan with parchment paper so that it hangs over the longer sides, which helps when removing the cake later.

In a stand mixer, beat the butter and sugar on medium-high speed until light and fluffy. This will take about 5 minutes and you will need to stop and scrape down the sides of the bowl occasionally. Make sure you take time on this step, since adding air to the butter and sugar results in a tender cake.

While the butter and sugar are beating, put the chopped chocolate in a bowl over simmering water and stir gently until it is smooth and melted. Turn off the heat and set this aside to cool slightly. You can also heat up the dulce de leche at this point, using the microwave in 30-second increments until it is soft and fluid. Make sure to transfer it out of the can and into a microwave-safe bowl!

Once the butter is light and fluffy, add the eggs at medium speed, one at a time, stopping the mixer to scrape down the sides after each addition. Whisk together the flour, salt, and baking powder in a small bowl. It may seem like a small amount of baking powder, but it gives the cake just enough height so it’s not dense.

Using a spatula, mix one-third of the dry ingredients into the butter mixture just until it’s almost fully mixed in. Stir in half of the sour cream or buttermilk, then the second third of the dry ingredients, the rest of the sour cream or buttermilk, and the final amount of the flour mixture. Make sure to stir each time only until everything is incorporated, and no more. You want to be very careful not to overmix the batter.

Dividing and flavoring the batters

Stir each portion until combined, adding in the vanilla extract to the third remaining in the mixing bowl. Be careful not to overmix the three batters when adding the flavors.

To get a fun pattern in the marble cake I like to scoop the batters in a checkerboard pattern, which I’ll explain below as well as share some photo guides. You don’t have to do this step, and you could just put the batters in a random way and swirl it all together with a toothpick, but I like the pattern the checkerboard provides.

If going the checkerboard route, use an ice cream scoop or 2 tablespoons (one spoon scoops and the other scrapes it off into the pan) to make five rows of chocolate and vanilla batter side-by-side in an alternating pattern down the sides of the pan. Add scoops of dulce de leche batter down the center of the pan.

Tap the pan lightly on the counter to settle the batters and get rid of any air bubbles. Swirl the batters together with a toothpick or knife about seven times, just so they mingle together but don’t combine.

Bake the marble cake for 1 hour and 30 minutes, until the center is set and a toothpick comes out clean. Let the cake cool in the pan for 15 minutes before removing to a wire rack to cool completely. The caramel marble cake is best enjoyed in the first two days at room temperature, but it also freezes really well if you have any extra! 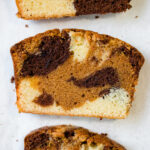 Recipe is adapted from David Lebovitz, and originally printed in Bake from Scratch Magazine, in their Fifth Anniversary Issue (Sept/Oct 2020) . 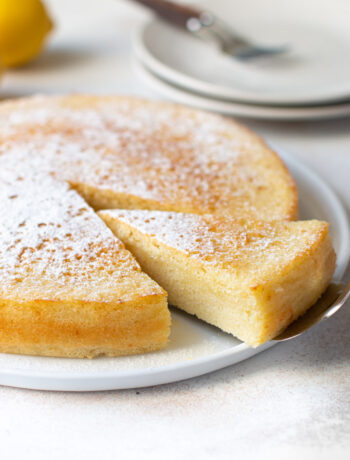 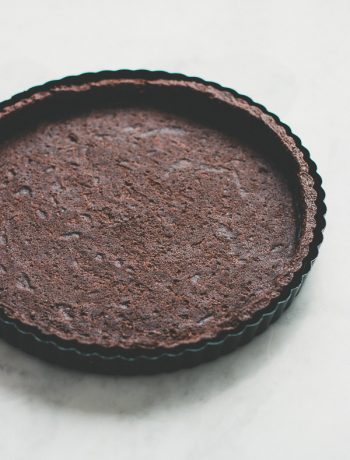 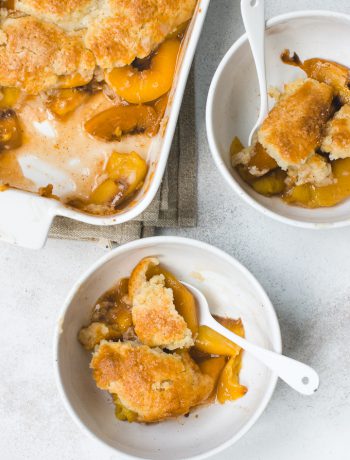 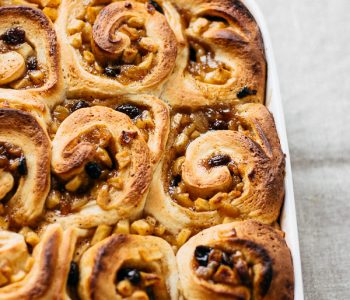 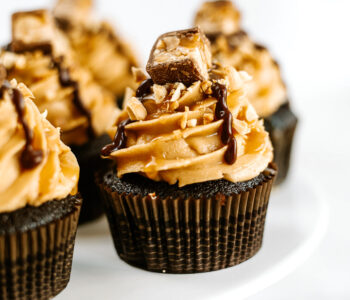 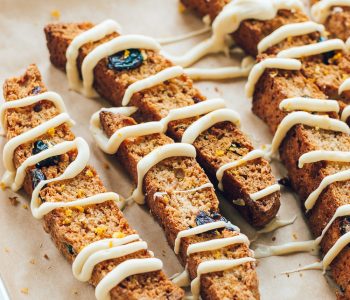 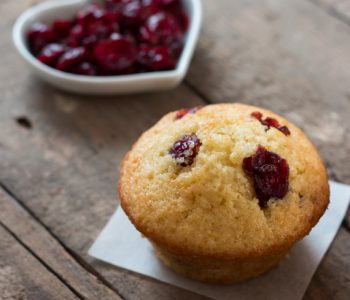